If to get in Khatanga on the steamship and to head for northeast, downstream the river, that through 30 kilometers because of the cape It is possible to see village Zhdanikha, with a huge door of a glacier. On the high right river bank once nomadic people have made the place for cattle.

Villagers Zhdanikha, they can not called exact date emergence village. But in one of the editions of the article journal “Ethnographer” there is a message of the author V.Vasilyeva, which was originally published a hundred years ago 12.01.1908 in St. Petersburg edition “Siberian questions”. Researcher, recreated history Promotion Russian people to the North, in its article mentions village Zhdanikha how about the village, In which at one time life began with a higher culture, than surrounding her … , but now now there complete desolation. Therefore, in the winter in Zhdanikha live only one family. In this way, can be assumption, this village was born much earlier 1908.

Centuries have passed, the place for cattle became village. Beauty opens to the river, with located on the terraces slopes one-story houses. Neat, against the background of a low polar forests, village looks very comfortable. Many situations, seeming in the village usual, are becoming sense bright memorable phenomenon. For example, the arrival of the motor ship or helicopter, even the emergence of the new man in village – big event.

In archive, date of creation village is specified 15.04.1942, when the government adopted a resolution of the full development of the fishing industry in river Siberia and Far East. From that date, Zhdanikha leads its years of life. Fact, it has been said, village life begins before is specified date. Truth, before villagers lived slightly farther from that place where now settles down Zhdanikha in present day, this place was called Novo-Letovye. Here lived the local population and immigrants – repression, people which have become memorable part village. In the forties on the base Novo-Letovye was organized collective farm Named Molotov, he consisted of  the local population and immigrants. Collective farmers they were busy breeding deers, fish and hunting. Was organized brigades of the local population and brigades of the immigrants, where brigadier was wonderful woman, which people remember still - Diehl Julia Andreevna.

In the seventies the development of the national economy developing well, collective farm Lenin among best. Worked several brigade: reindeer breeders, hunters, people was which engaged furs,peoplewas which engaged was murder home reindeer - on these works  was  busy almost all population which can work.

In 1975 on the basis of the collective farm was founded state farm “Central”. First chairman – Afanasiy Spiridonov.  Second chairman  - Mariya Nikolaevna Datsyuk, Anna Ivanovna Lavreshyk - who made a great contribution to the development of the farm. In the eighties was appointed to the post chairman Bogomolniy Anatoly Lvovich. In the these years, village, begin, to blossom. Widely construction began residential homes. Put into operation sewing workshop, primary school, brick building power plants, kindergarten, administration building. Completed construction of the baths.

Not so long ago, a quarter of a century ago, says the head of the territorial department of the village of Nadezhda Chuprina, the village was known as a successful fur farm : there have been divorced, very fluffy's and very beautiful in Taimyr, rare vaulevy blue arctic foxes. The economy collapsed in the post-Soviet years, material and technical base ruined, but experienced breeders in village still have. Nadezhda Konstantinovna hopes, that via targeted programs can revive farm farm for arctik foxs. 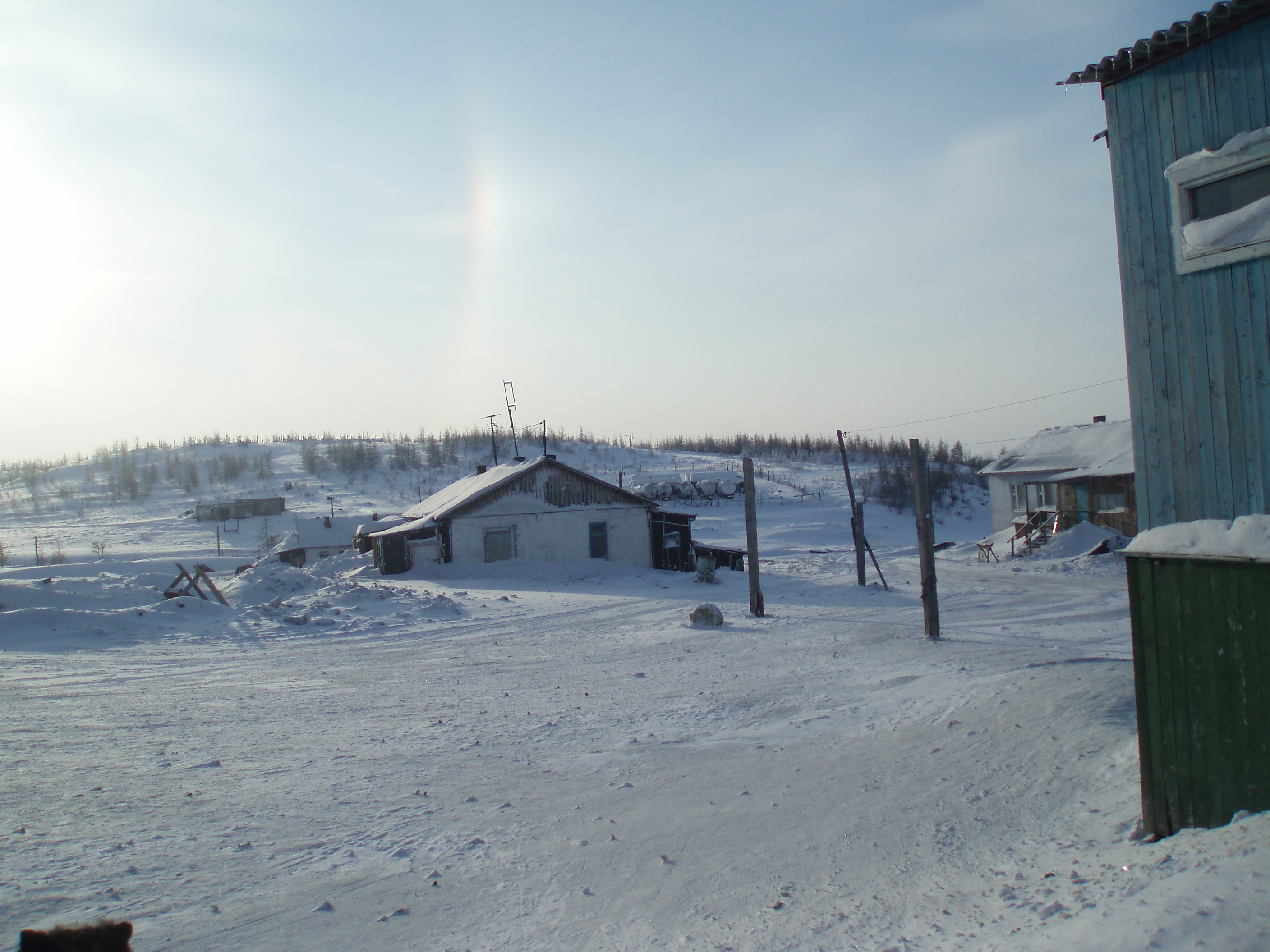 The population in the village of 250 people, mainly dolgan people, but there are a few people, Nganasans and Russians. According to the chief of the settlement of the territorial department in Zhdanikha there 131 people which can work. 22 of them work at the two farms – PRA “Central” and community “Barak”. Some residents Zhdanikha – workers budget sector. There is here kindergarten, located in the same building a primary school. Country club, library, post office, shop, medical and obstetric centers, diesel power – this basic mini-infrastructure, providing employment. As in other villages, the big problem with the work, have unemployed, but change your status they are unlikely to be able to in the future, 23 people have a status nomads. 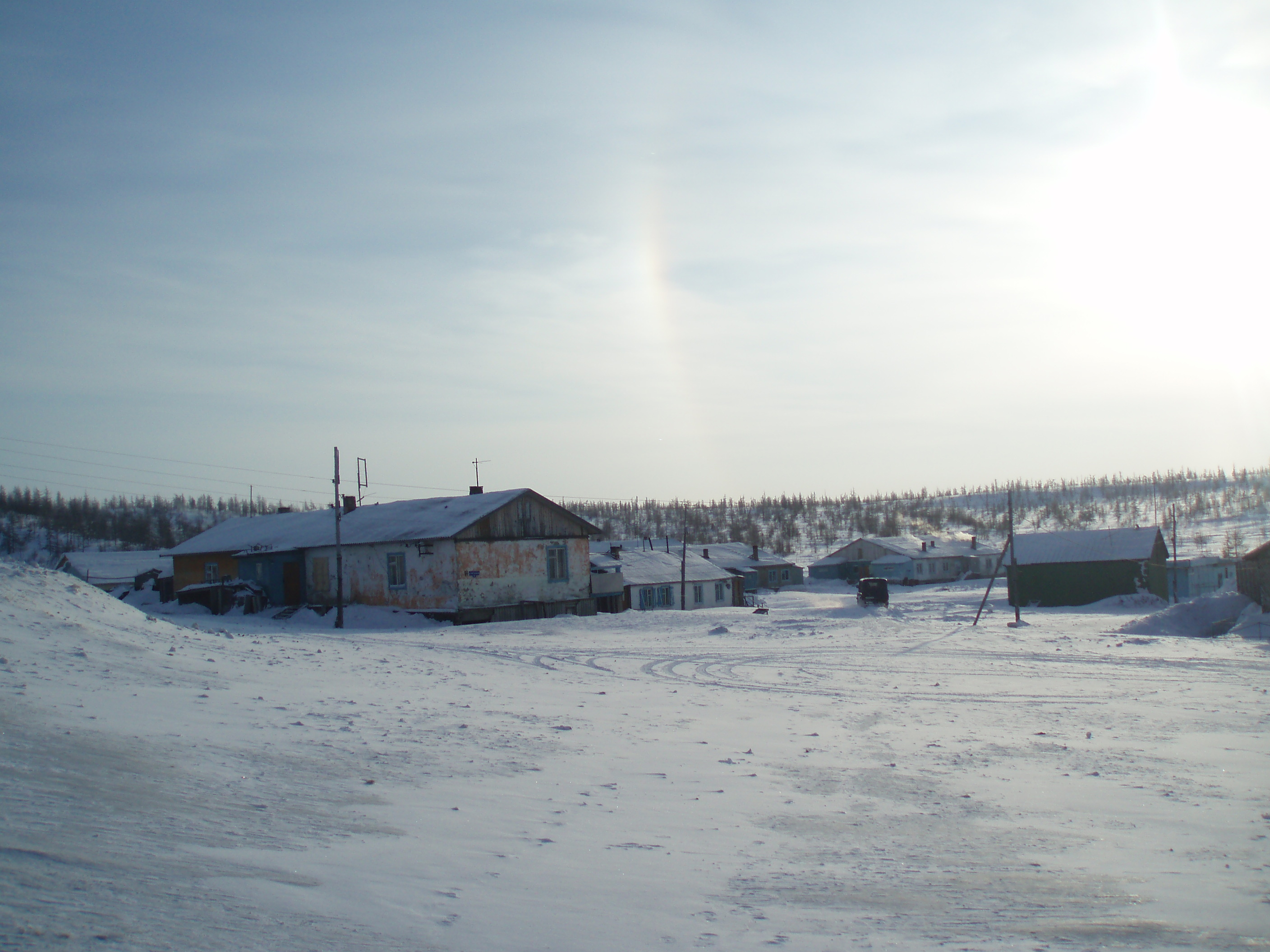 An interesting historical footnote - one of the elements “distinctive feature” this village. Zhdanikha - she stands on the high bank in the forest, "Face" turned toward the river, and houses scattered on different levels, depending on the height of the slope, on which found shelter. Gully separates residential part of the village from cemetery. But cemetery there are in the Zhdanikha. This is not buried already 60-70 years. Silent memories of the buried - one of the attractions of the village, reflecting historical processes taking place in the country. Cemetery called German - because here are buried repressed Germans. But memory old-timers transfers from generation to generation stories, lie here and Latvians and Lithuanians and people of other nationalities - victims of severe pre-war Stalinist era. Here they were exiled, lived here,died here. And they left a big, good mark on the soul and memory of indigenous northerners. 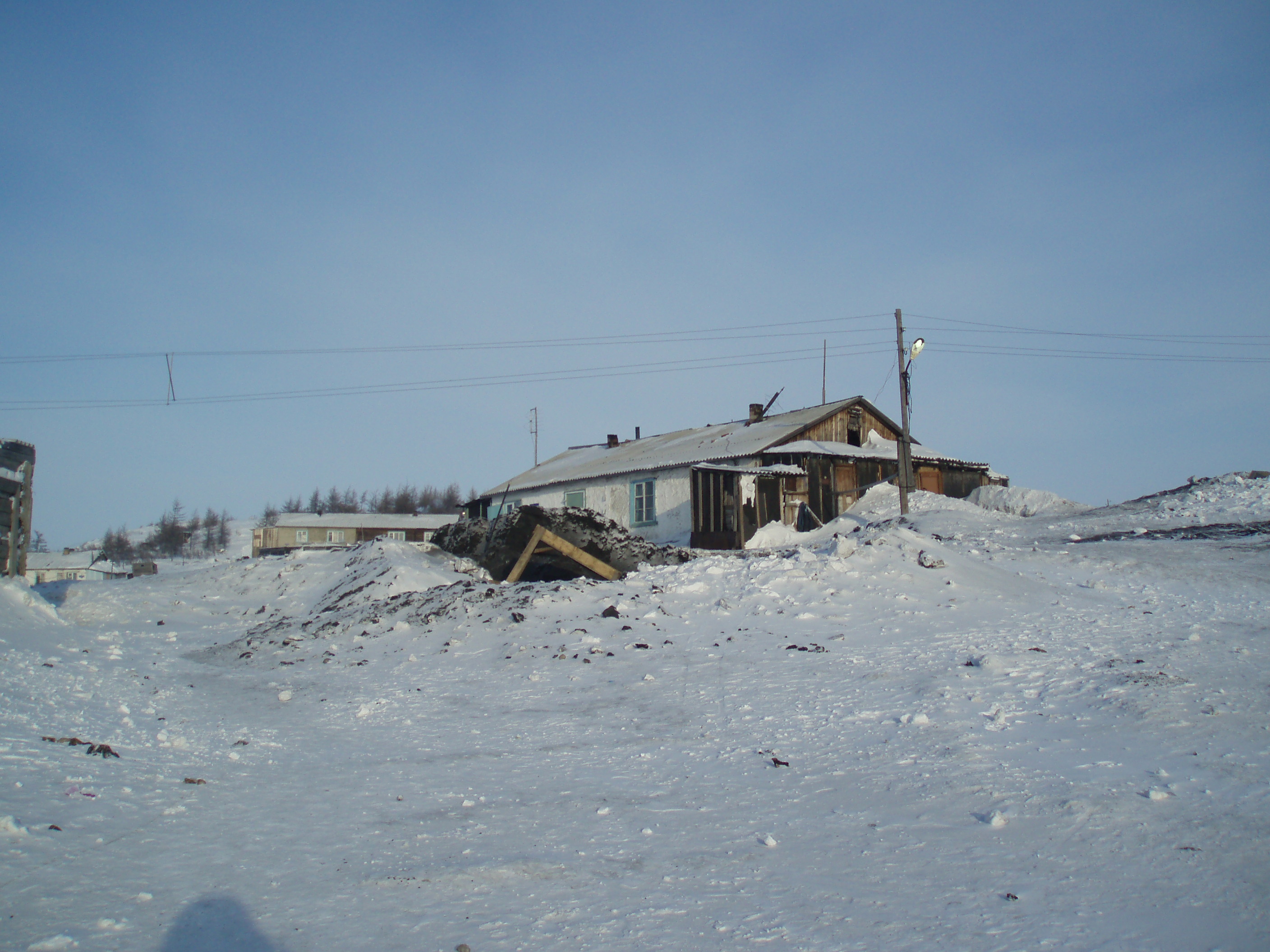 here no tombstones, no inscriptions. Who, where is buried, no one knows and does not know, probably never. But paying tribute and compassion, villagers Zhdanikha cemetery fenced fence and painted. To no one even dogs did not run, not worried. Wooden crosses lost in the middle of the forest and merge with nature. Here is such an island of peace, which Dolgan by unwritten law, revered as a shrine. Silence, cleanliness, tranquility.