Novorybnaya - one of the three villages of the northern reindeer Khatanga settlement, the largest of them in the number of inhabitants (627 people). live here, mainly Dolgan peoples, Nganasan peoples, Russian and some representatives of other nationalities. The settlement is similar to the others, and yet, in some ways unique, has its own characteristics that are unique to him. Nature here is very different from the south Khatanga settlement. What the eye is allowed to see, the open space. The natives of the northern villages are confident that this expanse is nothing to prevent a complete fresh breath, free calisthenics on the vast tundra and it is - the best that can be in the world. 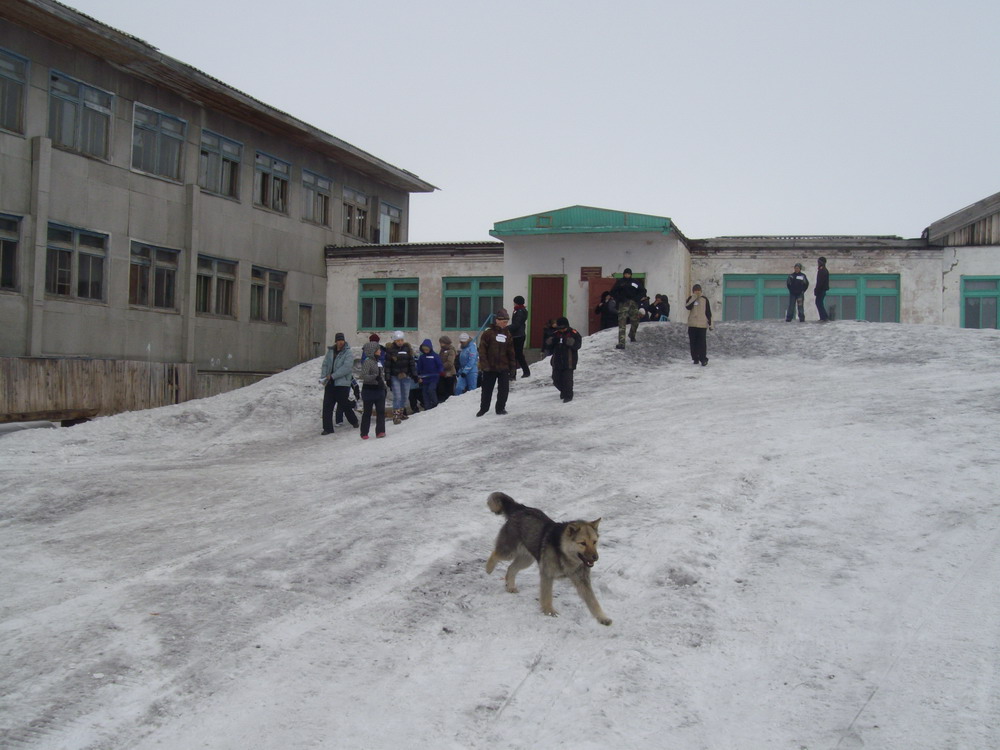 In the schoolyard village novorybnaya

Specialist of the territorial department  Elena Popova proudly talks about the responsiveness of their countrymen. And that the youth organization of the village - One of the most sports in village. With children actively engaged in a physical education teacher, professional athlete, who achieved high results in the north all-around Konstantin Fomin. Athletes village Novorybnaya repeatedly were participants regional competitions, zonal competitions and fees. And love village Novorybnaya football is known in all village. Young people have prepared with their own hands under the playground football field and play outdoors almost all year round.

Another village is famous passion women houseplants they are bred in large numbers and in every home. Home lover and connoisseur of green indoor world, head of library- Praskovya Chardu. Villagers very fond of his native village store and revere its history. Stories and memories of his countrymen Praskovya Ivanovna gathered together in the pages of "Chronicles village". which is systematically updated with new information as last time, and about today.

The village is located on the high right bank of the Khatanga 180 kilometers from the administrative center down the river. From the pages of “The chronicle” can learn, that the left bank of the famous places rich, spring fishing. Of the population live here for centuries engaged in traditional occupations - people fished, hunted, herded reindeer. lived in harmony with nature and with themselves, not forgetting the wonderful tradition Dolgan - comply with the customs and traditions of their ancestors. Later, with the Dolgan communion to the Orthodox faith, have become celebrated and the main Orthodox holidays. From generation to generation passed on information about national traditions, as well as the folklore heritage - folk tales, legends, stories, proverbs, superstitions. With the emergence of Dolgan writing, one of the founder of which she was the famous poet Dolgan Aksenova Evdokia Yegorovna, wealth national epic written and published.

In the lower reaches of the river people roamed, justified the camp. January 23, 1931 was established Bludnovsky nomadic Council. Name comes from the name of the Prodigal river ,Khatanga inflows. This date is considered the date of birth of the village Novorybnaya. The first chairman Bludnovsky nomadic Council became Antonov Mikhey Satipatrovich - assistant skipper, he worked on boats plying between Kosist and Khatanga, driven ships on the fairway. According to “The chronicle” Antonov Mikhey was determined the place of the current location of the village Novorybnaya. 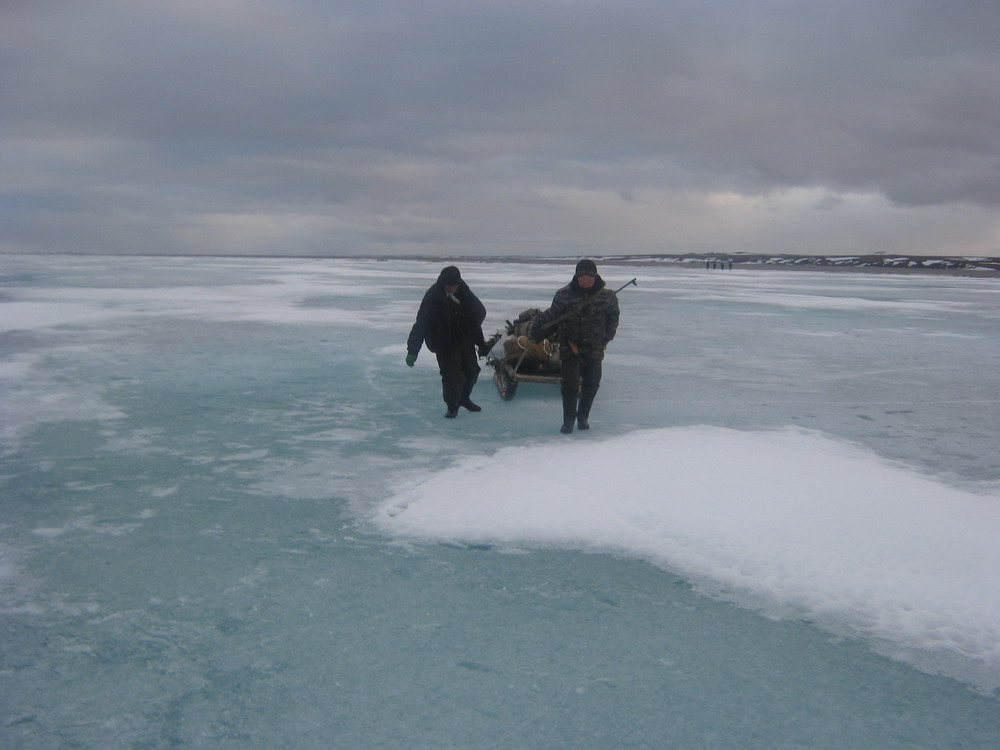 Among  reindeer herders many families, the nomadic, including young families. All year round they are in the tundra. Come to the village by necessity for food, medical care, or simply to visit relatives. if possible try to get to the most important, the most colorful holiday - Day of Reindeer. In the village is informed, in the department for the development of settlements settlement administration organized and for seven years work two agricultural enterprises : commercial-fishing cooperative "Novorybnaya" and co-operative "Nasco". In addition to farms, the village has all the necessary for the sustenance of enterprises and organizations education, health, culture, trade and communications. In Novorybnoy it has a secondary school, one in the entire northern bush. Kindergarten, which provides places, almost all comers. Country House culture actively working library. Villagers kingdom books chosen for communication. here throughout the year  are held interesting educational activities, theme nights , various intellectual competitions. 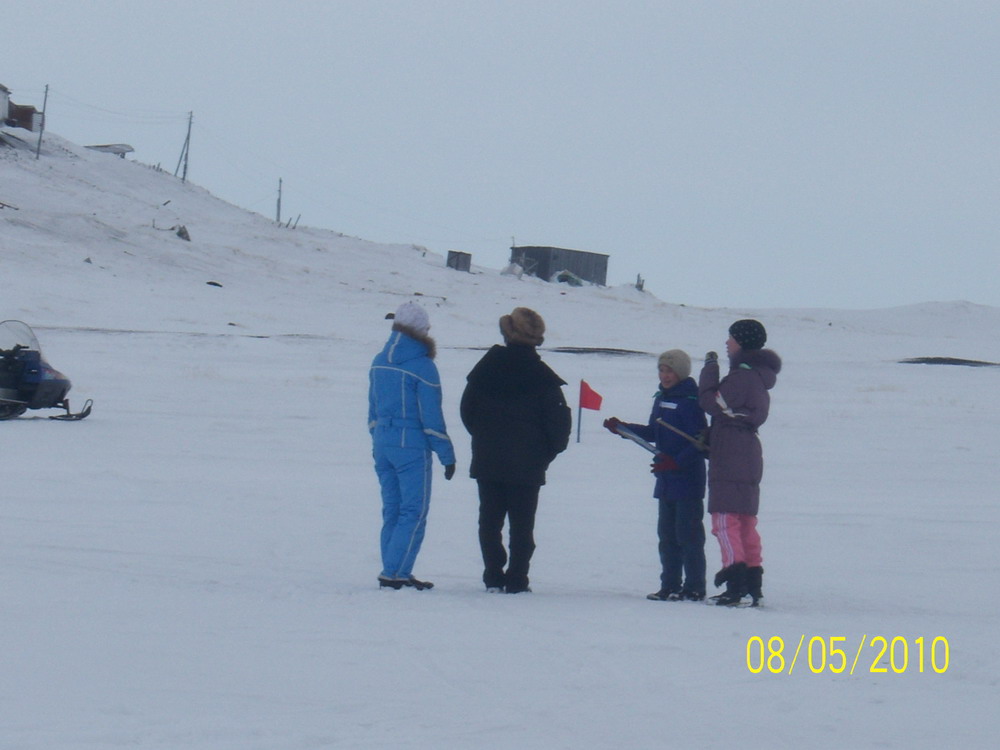 In the village there is FAPs, with beds for inpatients. Is there a mandatory component of the infrastructure of the diesel power plant provides electricity to the village, a post office.

Novorybnaya - settlement of long-livers. Age most of them, the most kind and wonderful Antonova Anna Petrovna. At the beginning of the last century in the northern territories were not kept meticulous records of birth dates, therefore she age listed about a hundred years, villagers say that in fact, she is already more than a century. They are proud of their famous countrywoman. Anna Petrovna is not only a witness to the events of the century, she saved the true soul of the people, its spiritual values.

Novorybnaya - the birthplace of many creative individuals, Dolgan, possessing the gift of an exquisite ivory carving embroidery, production of clothing, literary talent. The villagers are particularly proud of the fact that lived here for several years and worked as a well-known poet Ogdo Aksenova, as evidenced by a plaque on the wall of the rural house of culture. Evdokia Egorovna not only lived in the village, she was active, multipurpose literary activity. Much time is spent in the tundra, communicate with fellow countrymen, he gathered and left a priceless artistic heritage, which enriched not only the culture of a small Dolgan people, but also is a gem in the treasury of world culture.