In Khatanga long time lived and worked enamored in Arctic human, a wonderful researcher Khatanga stories Vladilen Troickiy. He is the author of the famous book "Khatanga", Khatanga peoples grateful for the opportunity to address this edition again and again, taking, priceless nuggets of historical events names, dates. Vladilen Aleksandrovich tells about the assumptions that led to the emergence of the village Kayak. In 1935, rafters brought the forest in Khatanga, from Kotuy. They brought samples of high quality coal, which was sent to Moscow for examination.

It should be noted that the Kayak, often this village is still called by name Kotuy, by name of the same river, and then the mine, stands, feature out in the list of villages, Khatanga villager and is the youngest. This miner settlement. We can say that the history of Kayak - is the story coal mine of "Kotuy". The mine, at which increased village, fully functioning from 1947. But that was in the previous years? More about this later. 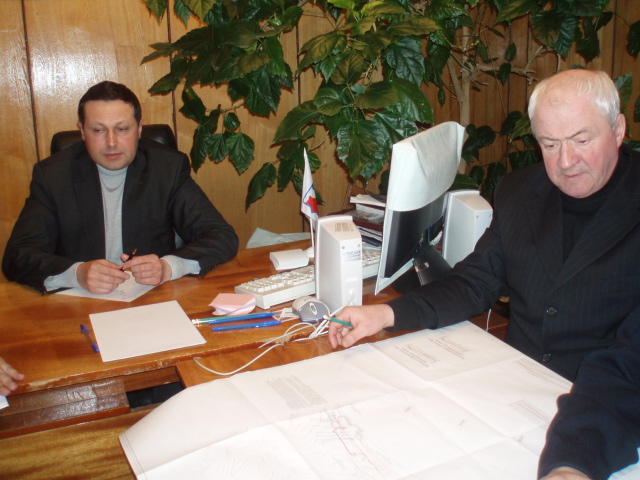 Speaking about this unique village, we can not ignore the peculiarities of its geography. It is located south of the Khatanga, 90 kilometers upstream of the aforementioned Kotuy. The source of beautiful,Shrew mountain river hiding away in the foothills Putoransky plateau. The river flows through the amazing beauty of the canyons, overcoming multiple thresholds, collects water from numerous tributaries. At the foot of Kayak, located on the steep right bank - this is a powerful full-flowing river. Assertive Kotuy before than to unite its water with quiet waters flat Kheta, It passes through another beautiful canyon, educated, rock walls his two cliffs. This section of the river, several kilometers long, popularly known as Kotuy pipe and very popular among nature lovers.

The village itself, this corner of "Taimyr Switzerland" gained fame Northern Riviera - before, he picturesque, mysterious and attractive, both in winter and in summer. When the mine people were able to create for themselves a decent working conditions and a life, build a beautiful mining town. In addition to housing, here and now have all the necessary - boiler room, gym in a wonderful school, a library, a health center, a communications center, dining, home culture , shop, bath. The romantic image of the village, complement the high wooden bridges and transitions original monument - small train, in due time to give all their strength to perform productive tasks for the development of electric power. and now - one of the main attractions of the village. 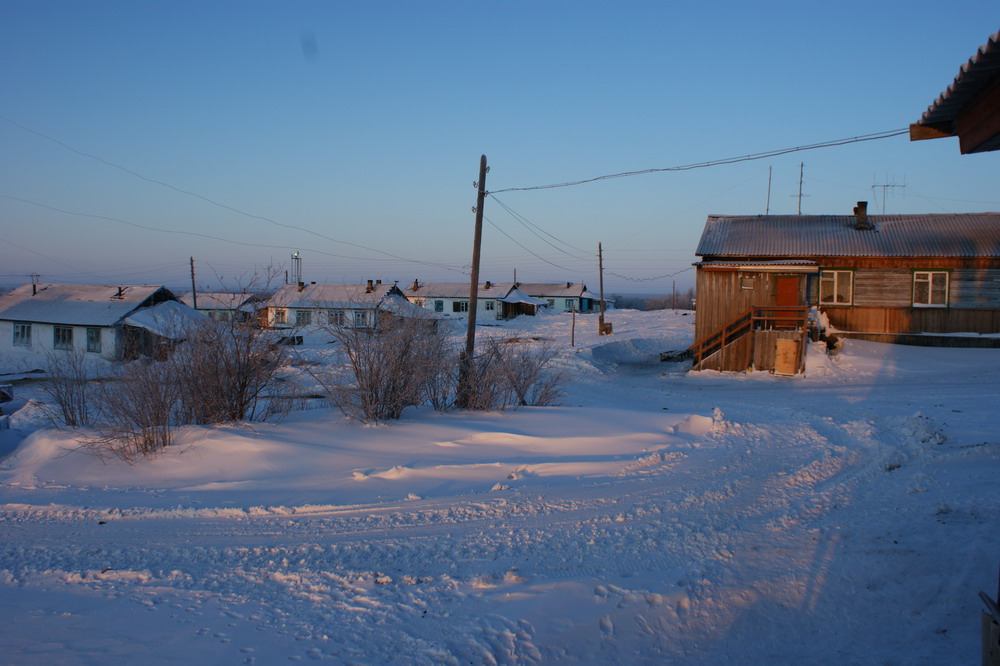 Today, with the termination of life of the mine, go to the archives and  data about the history and formation of the mine and the village. There remains a real possibility to communicate with a handful of old-timers, who share memories. They told the backstory of the mine. Seam coal, coming to the surface, was used by local people since time immemorial. On the site of the modern village was a small wintering. In the late thirties, early forties Kotuy coal is widely used for ships. Him chopped by hand. Especially rescued, the presence of mine  during the war years: solid fuel carried in Khatanga bay, provided ships, coming and working in the Bay of Noordwijk.

Then in wartime on the agenda was a question on the development of the coal industry. Since manpower is not enough, brought ,the barge to the repressed people. They built the mine. Many have remained in village Kayak for permanent residence. Old-timers remember the stories of how families were created in the village. This is an amazing extraordinary decision was dictated by the actual existing conditions and needs that require authorization. Village erected hands of men. Women there was virtually no - if  were a few, married.

Since it has been prescribed, to spend the male population more than one year, provided an opportunity to get families. To do this on a barge brought women from prisoners, say exactly in accordance with the number of men. dear Guest, met by a crowd of bachelors. Everyone got on woman. Most surprising in this story, as they say old-timers that by family, were very strong there was no divorce.

Nothing special in the mine Kotuy,no. The peculiarity of mine - that she almost horizontally, and coal corridor leads into deep the formation parallel to the earth's surface. Mined coal, by the way, a high-calorie, warehoused here on the bank of the river. In the fifties, the mine "Kotuy" began to supply solid fuel to meet the energy needs of the Khatanga District. Coal from Kotuy, enjoyed Volochanka, this Dudinka District, but the village is situated on the river Kheta, and convenient and efficient to provide all of its fuel Kotuy mine.

In Khatanga district acted expedient transport scheme to ensure the settlement of coal, developed and verified over the years. Spring, will be held floating of ice, Kotuy and Khatanga free from ice, steamers Khatanga seaport already here - at the pier Kayak. It was necessary to urgently dissolve coal in the southern villages of the bush, to catch on the big water. First of all - a caravan on Volochanka, then Katyryk, and Kheta. If more sent, the less remains for the winter, when the missing angle had to be delivered from the Kayak on large vehicles for winter road. Meanwhile free of ice the way to the northern villages - Zhdanikha, and the most distant: Novorybnaya, Syndassko, Popigaj.

Talking about the mine "Kotuy" can not ignore the human attention, who is remembered and venerated not only in Kayak, but around the settlement Khatanga and all Taimyr. Man, that mine Kotuy  , was the meaning of life. More than forty years, from 1967 until his retirement from the life, gave his work - Shevtsov Nikolai Pavlovich, mining engineer, and since 1975 - permanent its leader, General Director of JSC "Mine Kotuy ". The ability of man, his talent and character are manifested in extreme situations requiring maximum impact and limit exertion. Nicholay Pavlovich  had to work in difficult times - in an era of change. Despite enormous economic difficulties, Shevtsov managed keep mine "afloat".

As told Fokin Nikolay Andreyevich, which for several years worked as the head of the Khatanga District, Mine was of great importance, in the livelihood of the area. There are many advantages, in particular, mine next to the user, the quality of coal, the availability of jobs. For many decades the mine “Kotuy”, fully provide the needs of area, the fuel volume in tons 50-60, and "productive years" to produce up to 70 thousand tons. In recent years has depleted mine handed over their positions, and coal to provide the missing settlement fidgeted with Kayerkan and Yakutia.

At present, over the fate of Kayak village hangs a huge issue. Composition of the population of 154 people. Mine "Kotuy" has exhausted itself. For years, the leaders of the Khatanga District, and then, the direction of settlements, and mine proved rationale for the opening of the mine "New Kotuy ". In favor of the opening of the mine held a huge productive work. Whether the new mine will grow? Revive miner profession on Khatangsky earth? will come true miner's dream? will be all ships at berth, waiting for download black gold Kotuy? Revive manufacturing, providing us, the inhabitants of the harsh northern edge of what is most valued in the Arctic - the warmth? Will revive and strengthen the once flourishing village? In all these and other questions, villagers in Kotuy waiting for an answer, hope is literally a miracle.