About three hundred kilometers to the north of the administrative center and a few hundred from the nearest village Novorybnaya, on the right bank of the Khatanga, where the river widens in the Khatanga Gulf, located Syndassko. The inhabitants of this village in the arsenal of jokes, and there is this: "I will go on vacation to the south ... in Novorybnuyu". In the "business card" Syndassko can add those details that he is almost at the seashore, in any case, the water in the bay salty, not suitable for drinking. To stock up on life-giving moisture, need to get on the lake stretching several kilometers beyond the village, chop pieces of ice, and in the summer just to get water. As said Head of the settlement of the territorial department of Anna Bettu, supply of drinking water carries the tractor, brand new, recently obtained in exchange of your old. 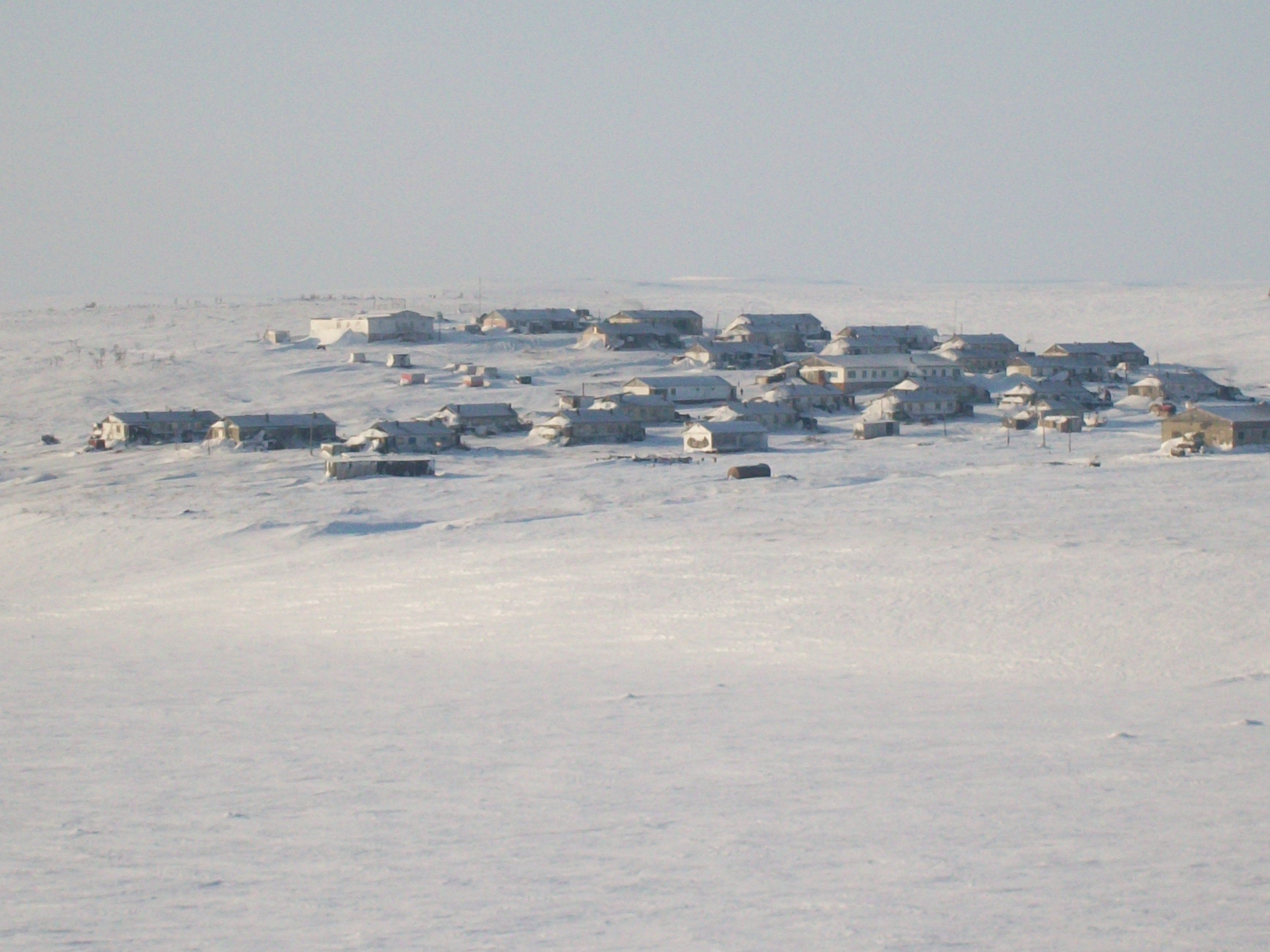 The business card village is appropriate and Coal Mountain - "urduk kai", as the villagers call her. If you go to any transport in Syndassko – snowmobile, ship or helicopter silhouette "urduk kai" is the first, and a sure sign of approaching of the village. And she Coal Mountain has long been a source of fuel, heat for the nomadic population. When it started to mine and use coal, no one remembers. But in household books Cargo-Kyuelskogo Council of 1931, which  Syndassko included, under "profession" next to some surnames means "uglevoz". The ability of the local coal mining, according to the villagers, not inferior in quality Kotuiskaya, and today is for villagers Syndassko relevance value.

Based on the collected historical data, founding date Syndassko - 1931 and the date of the celebration of the Day of the village - of April, conjunction with the Day of Reindeer. While the old-timers argue that the population, the farms Syndassko formed much earlier, but specific information about this already eroded from memory. Status village he got when people started to move to a sedentary lifestyle.

Residents Syndassko very fond of his village. At the present time, they collected information about its history, underway the chronicle, tells the story of the tragic and happy page, small motherland.

The most difficult moments in the history of Syndassko -  repression of the thirties and during World War II. In those years, recorded in the "Annals", people have lived for centuries, engaged in aboriginal traditional occupations. Women smoking a long pipe (nagsa), started doing buckskin, Camus, sewed fur clothing, footwear, smashed accumulated over the winter deer bone, cooked them, extracting bone fat, drying and smoking cut into strips the meat - prepared yukola, and smoked peritoneum and backs fish. Men fished, engaged in hunting, grazed deer , harvested fin, cut firewood, prepared and engaged in repair of reindeer sleds, sleighs, beams. Were in the village and shamans. lived together, helping each other, as well as the sick, orphans, the elderly. It was written the precepts of their fathers and grandfathers. Gradually, people became accustomed to life in the new conditions of Soviet power. Only in the heart of the older generation remained eternal sadness: repression, dispossession was the great tragedy of a small village. Almost all the heads of wealthy families, were taken "somewhere." Not all of them were later exonerated.

The Great Patriotic War became exorbitant test as for the whole country, and the residents of the village. Hungry. Cold, old people remember, they lived and worked very hard. Tried for front, for the Victory. For their needs were not allowed to score a single deer. Many villagers went to the front. Not all of them have returned. "Chronicle" of the village, can name all the names.

Countrymen are stored in memory and in the pages of recorded history and events. As the years passed, life is gradually improving. People, in general, led a nomadic life, living in tents in the summer, winter - in the beams. In the 40s began to build of capital houses  on the basis of log cabins, imported from places of work expedition - from the Cape of Elijah and Kozhevnikovo village.

Conducted a large cultural and educational work. Young people willingly went to school kolkhoz universal education by preparing collective training. 1938 is listed in the "Chronicles" as the year of the formation of collective farm named after Kalinin, thundered subsequently their achievements in the whole district. Chairman of the Board in the 40s Chuprin Vlas Petrovich and chairman, head of the farm for more than 12 years Kirgizov Alex Stepanovich - these and many names of leaders, leaders of manufacture forever imprinted on paper and in the memory of fellow countrymen. As pages of the history of state-farm movement - on the basis of the collective farm was later established farm "Arctic". The period of its activity - is the years of  the maximum  prosperity of the village.

Modern Syndassko in infrastructure is no different from their counterparts - are available and operate all the companies and institutions. The population is mainly engaged in traditional activities. 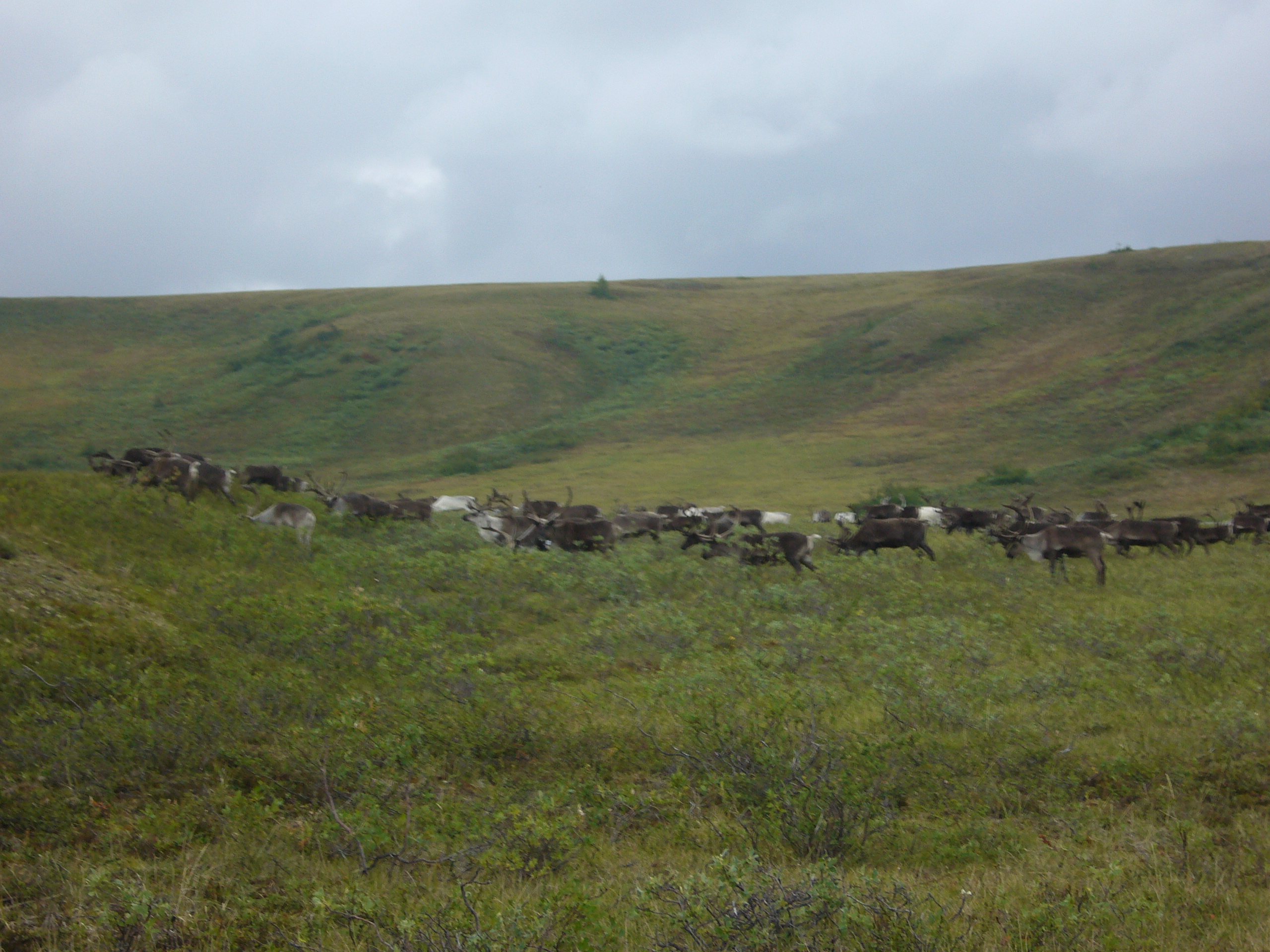 Syndassko as Popigay and Novorybnaya - settlement of reindeer breeders. Nomadic families - came from these villages. These people, are in love with the tundra, working without days off and vacations in our usual sense, they not think and do not want a different life. They value freedom above all, the beauty of space and privacy, attraction native land. There are a few dates in the year when the tundra people hurry home to the village, taking the National Party Supplies: Fisherman's Day, the Day of the village and the Reindeer Herder's Day.

The most colorful and large-scale national holiday - Day of the Reindeer, which are prepared carefully, long and carried out in accordance with the established tradition Dolgan culture. In the three distant, relatively isolated settlements fuller and brighter preserved traditions, customs, national color Dolgan people's way of life and, of course, language. If, say, in Kresty, talking more in Russian, here speak Dolgan language. One of the goals of national holidays is that children are actively participating in the festivities, do not forget their language, culture and, therefore, will be to maintain and develop it.

That settlement Syndassko won the title of the capital of the most important holiday of northerners. It has a little more than forty houses. During holidays, the whole village preens: place of sports competitions are marked with colored flags and balloons, reindeer sleds and holidays plague decorated with the most elaborate ornament, the villagers put on their most festive national dress, preparing delicious northern dishes. In the holidays are involved not only the inhabitants of the village, there are more than five hundred, and numerous guests. The celebration takes place with great success.

Syndassko famous skilful bone carver. Although their direction is described as Yakut school still countrymen believe that there is a special artistic taste in the art of bone carving, own school Syndassko. Highly artistic work of masters from mammoth ivory has repeatedly and successfully exhibited at the district, regional and international exhibitions.

Actively working in the village and the MOC. Together with the village administration, the youth participating in grant programs. In 2009, as part of the mini-project "Streets of our dreams" in Syndassko forces youth Centre works on an accomplishment of streets. In particular, landscaped playground, made flowerbed, the big picture, which is placed on the outside wall of SDK.

Within the framework of the regional target program "Indigenous People, 2009-2011" also implemented two projects " Flourish our village" and "Call of the past." As a result of the development grants built two beams, hosted a  of local lore mini-museum. Acquisition of materials for the manufacture of two tents and national products, food, clothing, sports equipment. The project activities were carried out in engaging young people in the village, to life of reindeer herders. Tundra-people shared with the younger generation, of manufacturing and ethno-cultural experience. 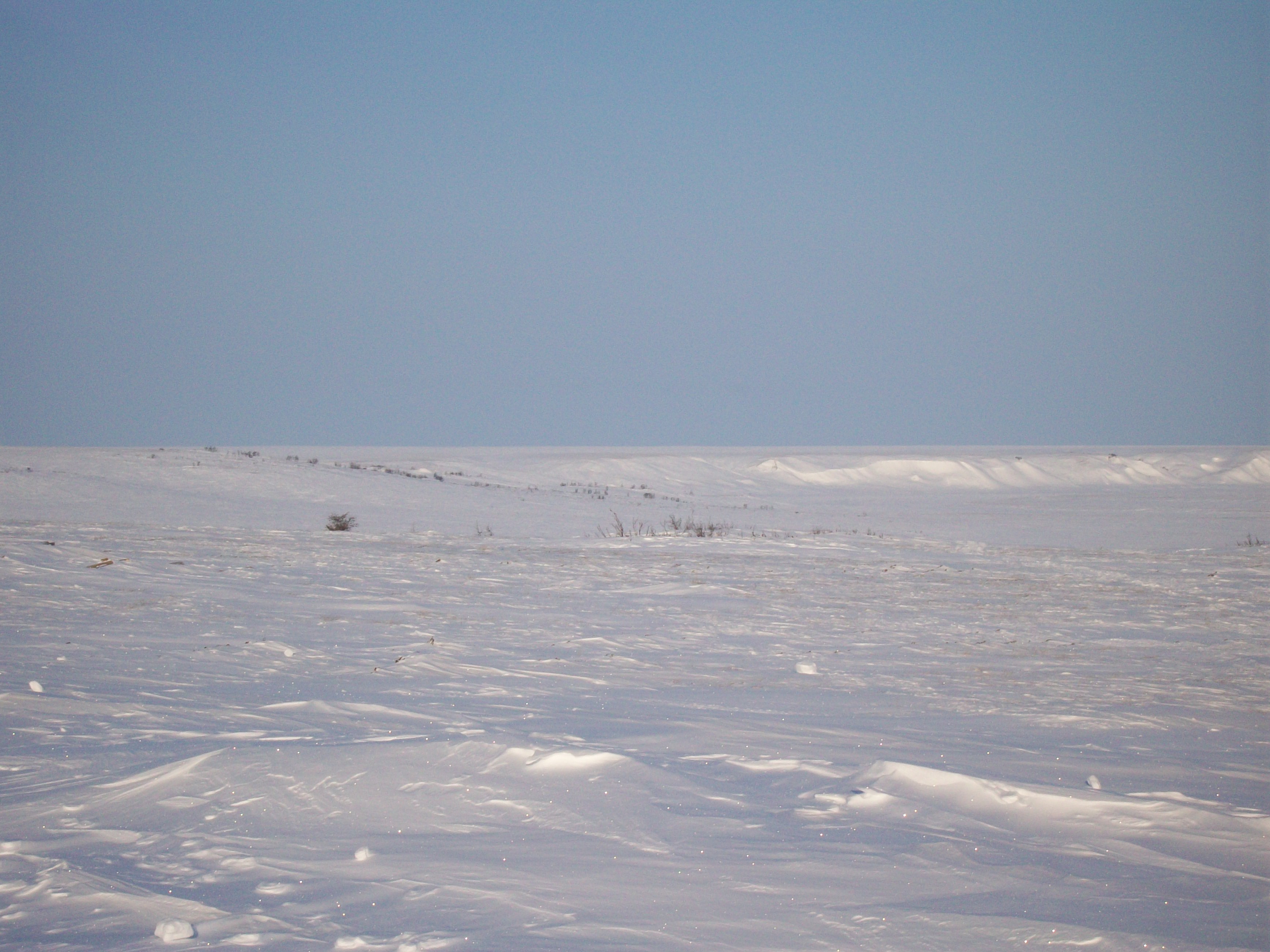 It is pleasant to note that the head of the territorial department of the village Syndassko Bettu Anna Ilinichna recognized as the best director of 2009 in the category "Village head".