Katyryk village is located two hundred kilometers southwest of Khatanga - is the final village southern bush settlement in a series in a series of settlements, located on the river Kheta. The forest surrounding the village are particularly rich. As seen, this promotes not that each degree - every minute of geographic north latitude, which in Katyryk south than at his brothers. Here and larch above, greener and luxuriantly, thick bush, and cowberry larger. Northerners (in this case villager Syndassko,Novorybnaya) by chance fall in this southern village, feel on the shore Kheta uncomfortable: "Because of your timber can not breathe here! The air is not enough. "So perceive forest grace northerners, who were born and raised on endless tundra open spaces, in a space where there are no forests the eye nothing catch. Where boundless, bordering the sea distance smoothly goes into the horizon. So it seems that only there they can breathe a full breast. 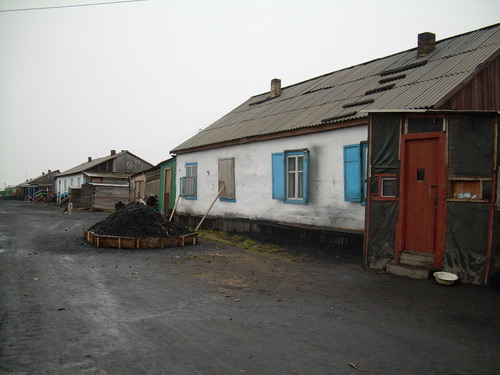 But villagers in Katyryk long since used forest wealth, in everyday life, and art. It is the nature, the forest is always an inspiring start for artists and wood carvers. In addition to herbs, mushrooms, berries and game, forest and gave them fuel. in the spring, after the flood, whole village gathered together and do billet fin, which included in the river shore, generously left after ice drift. Before start of production coal on mine “Kotuj” wood was the only source of fuel. Local woods reliable building material. It is difficult to find a stronger northern larch - for the construction of the house.

Katyryk arose on the site Naltanovo. Settlement day timed the Day of Indigenous Peoples North and celebrated on August 9. Since 1936, the village began its history. It was then on the basis of a previously created experimental the farm for deer formed two reindeer herding co-operative. In 1938  they were converted to the Lenin collective farm. Villagers Katyryk remember the first name of the chairman - Bettu Stepan Ilyich.

With the emergence of the collective farm began intensive construction of residential and office buildings in the village. Moreover, they built from local durable larch. The war slowed down the construction, but in the next few years after the war the village had a dozen new semi-detached houses, bath, storage and other necessary capital building. For the nomadic population that has no permanent roof over their heads, It was a landmark event. 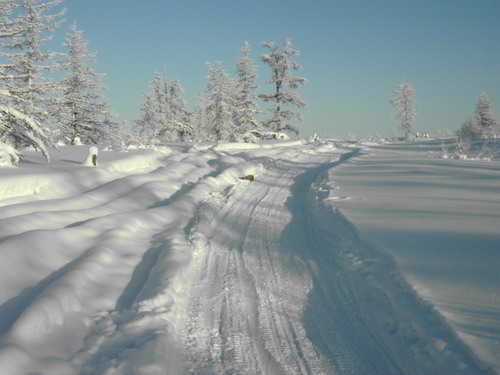 The war has left its mark on this small village. Katyryk see off men, leaving in army. And those who stayed, worked up a sweat. Northerners do not tolerate celebration. Usually accustomed to labor from childhood. Active use of child labor in wartime. Taking advantage of the presence of the material, people of twigs woven baskets for fish. They loaded catch, to send to the front.

Chronicle of the village said that before the start of the sixties of the last century Katyryk he was  a member of the Avams region. In 1961, there was an association of three small collective farms are geographically close to each other. “Rodina”( Boyarka), Krupskaya collective farm (Kargo) and Lenin collective farm (Katyryk). The newly formed joint farm with the central manor in Katyryk called "Banner Ilyich".Since then, the village became part of the Khatanga District. In the future, the economic status of the village changed several times : the farm, the Department of State Farm “Khetskiy”, and in recent years before the restructuring he was independent State Farm “Katyrykskiy”. 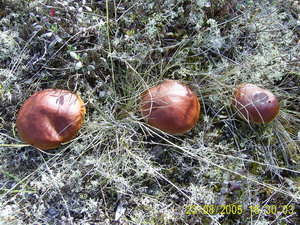 The main branches of the farm, did not differ from other : reindeer (before 1980), fur and fish trade, animal breeding. Yet, unlike other farms, in Katyryk production of reindeer, received priority in economic activity. This was facilitated by the geographical position of the village : he was on the path of intense migratory movements reindeer. Migration also served as the main cause of failure by reindeer : during its travel wild deer mass wedged into in herds of domesticated reindeer and led away in tundra ,reindeer.

Production of wild deer took a very rational, successful and in large quantities. Created teams : to shooting and to workpiece meat. They settled permanently in the migration period deer deer in areas with comfortable crossings : that is where the animals crossed the river. For the storage of meat were built powerful roomy glaciers some of them are still in use. 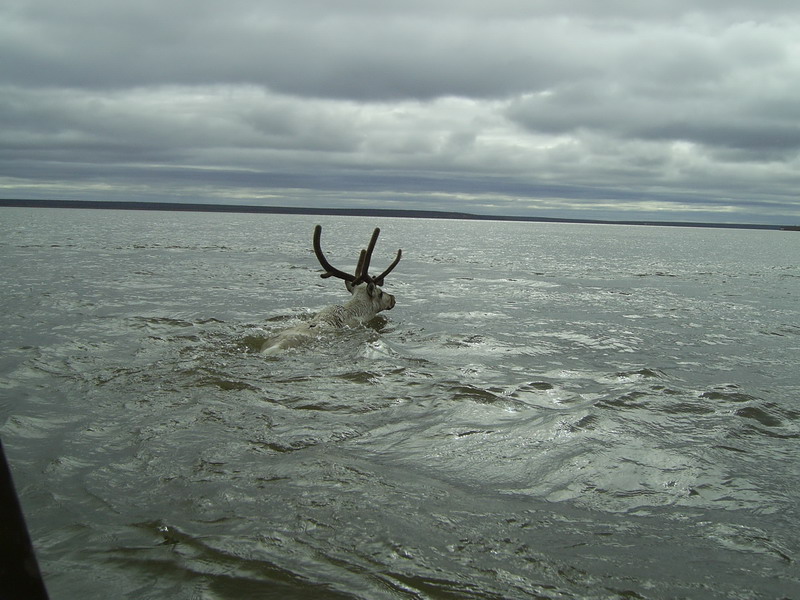 If we talk about the features of the village - presence in his district limestone. Villagers fired bricks, then quenched. Slaked lime for many decades used to whitewash housing.

Katyryk – village Dolgan. Of the 342,330 inhabitants – Dolgan. Part of the population is employed in budget organizations. There is a primary school, a library, post office - all, as in all. A significant part of the population have status nomadic. Men are engaged in fishing and production meat. Seventeen people united by a common activity in the agricultural cooperative “Katyryk”. In 2009, in the village there were two new object: Helipad and a diesel power plant. 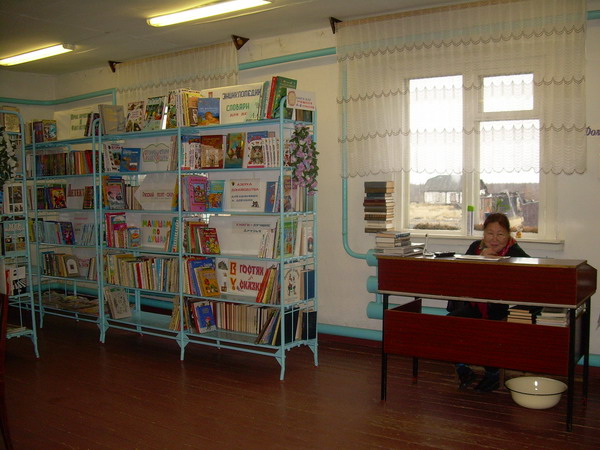 As the head of the territorial department of the village Elsa Pyurbeeva - Youth team - reliable assistant, which can rely administration village and public organizations. Chairman of the youth of the village center “Rebirth” - Andrei Sotnikov, rallied around him, the fifteen most active boys and girls. They try to make the life village lively, interesting and with meaning.

Young people are actively delve into all spheres of social, cultural and social life of village. Actively helping the elderly, fighting for cleanliness and order in the village. Successfully organized for fellow leisure time. Around the youth activists focused not only youth, but also to all the villagers.

Katyryk - a deep province, isolated from the outside world. This fact contributes to the development of creative people, if they are not indifferent to others and to ourselves. And simple day, and holidays  they arrange themselves. 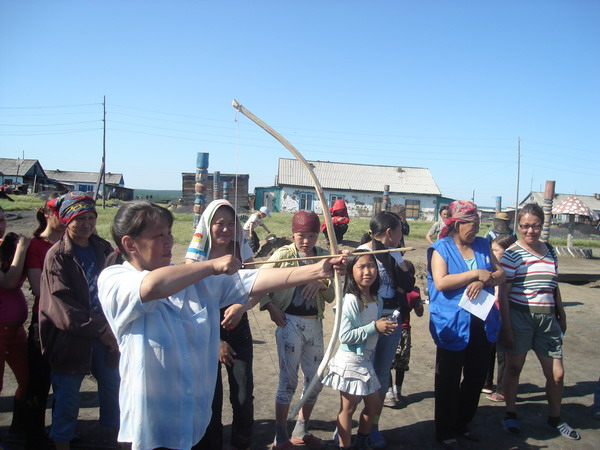 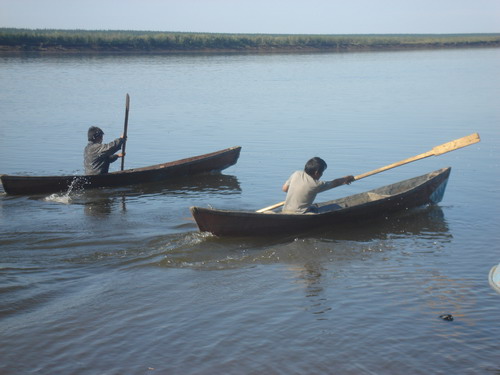 Creative talents guys showed the creation of youth comedy movies “Eralash” participating in the video contest, both at the level of settlements, the district. Villagers - winners of numerous competitions. Outside their village, boys demonstrated their achievements not only in song, dance and drama works, but the best examples of traditional occupations : Embroidery, fur products, leather ,manufacture of national clothes and other items, authors are their countrymen, great masters. 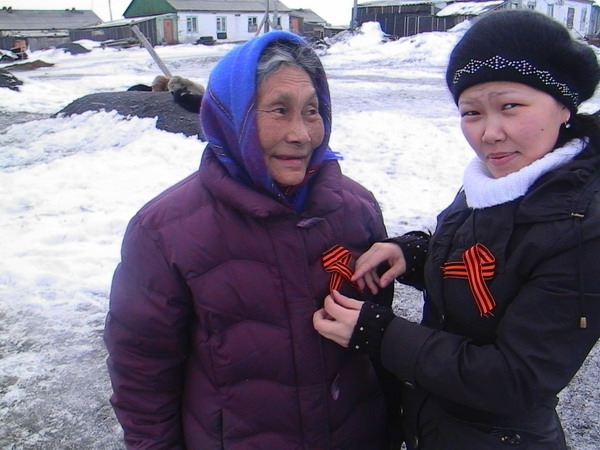 A problem? Problems, of course, is, they are common to all northerners. Villagers in Katyryk live with hope and faith to their gradual decision. 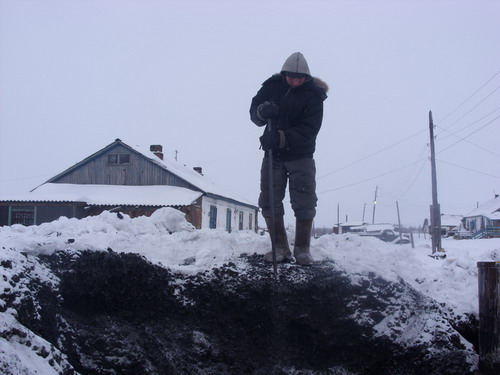